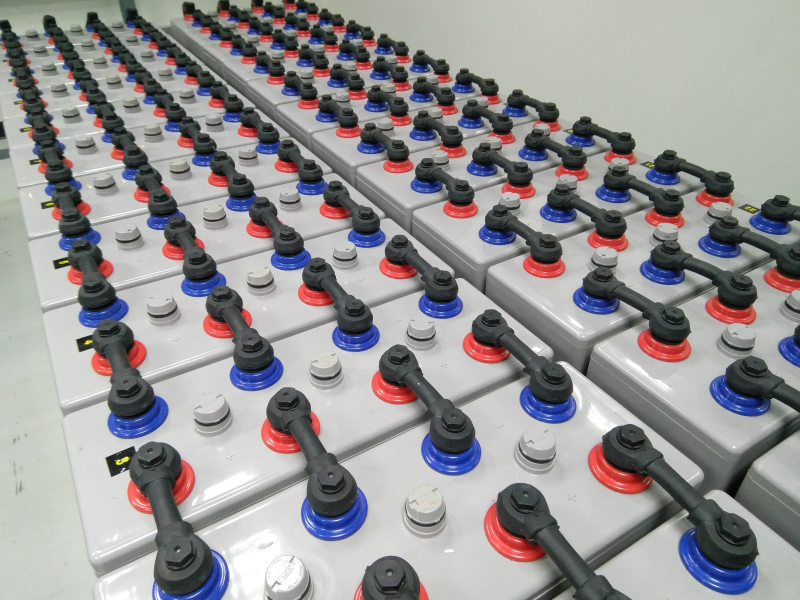 This is the fourth in a series of units that will educate the reader on the part played by a battery in an uninterruptible power system (UPS).

Despite a century of experience, collective knowledge, and wide-spread preference for lead-acid batteries, they are not without some short-comings.  An earlier unit mentioned a couple of issues.  In this unit we go into more depth about how, when and why a lead-acid battery might be made to fail prematurely.  Most conditions are preventable with proper monitoring and maintenance.  This list is not all inclusive, but some of the main considerations are:

Battery manufacturers specify the optimum operating temperature for the battery, usually 25 °C, and all promises about life are predicated on that.  The effect of temperature is generally expressed in terms of half-life.  You will hear, “For every 10 °C of average temperature above 25 °C the life of the battery is reduced by 50%.”   Such claims sometimes don’t say it, but they refer to internal temperature.  Short excursions, such as an occasional increase from 25 °C to 30 °C for a few hours can be tolerated, but average temperatures above optimum for weeks or months at a time will definitely shorten the life.

Vented batteries (sometimes called “flooded” batteries) evaporate all the time, but they are designed to make it easy to know when the electrolyte level is dropping and to replenish with water.  VRLA batteries, sometimes called “starved electrolyte” or “immobilized electrolyte (or erroneously termed “sealed lead-acid” [SLA] or “maintenance free”), have far less electrolyte than a vented battery, and the cell container is opaque so it is impossible to see what is happening internally.  Under ideal conditions the products of evaporation (oxygen and hydrogen) are recombined into water inside the battery.  However, the VRLA valve can release gas under high temperature or high internal pressure conditions.  An occasional “burp” is normal and is usually of no consequence.  The concern is with extended release of gas.  Once released the gasses are lost forever and the battery will dry out.  That is why the nominal life expectancy of a VRLA battery is about half the life of a VLA battery.  It is also why VRLA is frequently referred to as “low maintenance” (i.e., frequent electrolyte replenishment is not required).  Dehydration is the natural consequence of old age.  Premature dehydration is a failure condition which can lead to other failure modes.

Thermal runaway is a catastrophic failure.  IEEE 1881defines thermal runaway as:  “A condition that is caused by a battery charging current or other process, which produces more internal heat than the battery can dissipate.” For example, excess charging current (caused by internal short or improper charging) creates heat.  Heat creates resistance.  Resistance creates more heat.  This cycle can continue until heat is so high that the cell dries out and catches fire or melts.  Several means are available to detect and preclude thermal runaway early in the cycle.  Temperature-compensated charging is the most common.  It requires temperature sensors to be strategically placed on cells throughout the battery.  As temperature increases, charging voltage decreases proportionately, until charging ceases altogether.  Some UPS and external battery chargers are capable of temperature-compensated charging, but battery temperature sensors are frequently provided only as an option.    Thermal runaway will be discussed in greater depth in a future unit.

Cycling service refers to operation in which it is anticipated that the battery cycles frequently with minimum time on float charge, which is common in stored energy systems such as wind, solar, or installations supplied by an unreliable grid.  UPS operation, by contrast, assumes that the battery will be on float charge for almost all of its life.  A “cycle” means that the battery is discharged and then charged back to its full capacity.  Every discharge takes life out of the battery. Some battery types can only tolerate a few cycles in the life of the battery.  Others can tolerate thousands of short discharges, but fewer deep discharges.  The battery selection process (prior to purchase) should consider the reliability of utility power and therefore the probability of frequent cycling.

Overcharging is any excessive charge that results in damage to a cell or battery.  It can be the result of human error (i.e., setting the wrong parameters on the charger), or charger failure.  In UPS applications, charging voltage varies depending upon the stage of charging.  For example, initial charging following a discharge is at a higher voltage (referred to as “bulk charge”) than at standby (referred to as “float charge”).  Overcharging can dramatically shorten the life of a battery and, in worst case, can lead to thermal runaway.  Monitoring systems should be able to detect and alarm overcharging conditions.

As the name implies, undercharging means applying less voltage over time than is necessary to maintain a cell at a desired state of charge.  Over a long time (e.g., weeks or months), undercharging will result in the loss of battery capacity and/or shorter battery life due to self-discharge.

Contamination of electrolyte is extremely rare in VRLA batteries and is usually a factory defect.  Sedimentation and spalling can occur in an aging battery.  Contamination is more of a concern for VLA batteries when periodic replenishment of water to the electrolyte occurs (for example, using tap water instead of distilled water).

“Battery life” is a nebulous term that is often exaggerated by marketing people who use terms such as “design life or “useful life.”   Service life is the only one that matters to a user and is defined by IEEE 1881 as, “the period of useful operation under specified conditions, usually expressed as the time period or number of cycles that elapse before the ampere-hour capacity falls to a specified percentage of the rated capacity.”   So if you anticipate that your battery will experience a lot of discharges and/or will be exposed to a lot of heat and/or will be poorly maintained, the service life of your battery will be significantly shorter than the same battery under optimum conditions.  For small ampere-hour, high-rate VRLA batteries (i.e., UPS batteries), service life might be only around three years.  Larger VRLA batteries might get around eight-to-ten years.  Properly maintained VLA batteries might get in excess of fifteen years of service.

A catalyst is a device added to the vent of a VRLA cell to improve the hydrogen-oxygen recombination process inside the cell, thereby reducing dry out and extending the life of the battery.  Some battery manufacturers include catalysts in the design of their cells, thereby increasing the initial cost of the battery.  Catalysts can sometimes be field-installed as an after-sale accessory and can sometimes rejuvenate an aging battery.  Caution is suggested, however, as field modifications introduce the possibility of human error and/or contamination, and should only be performed by factory-trained technicians. 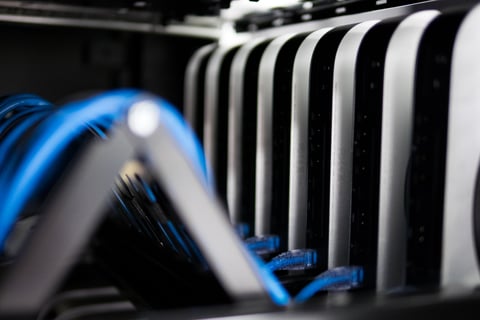